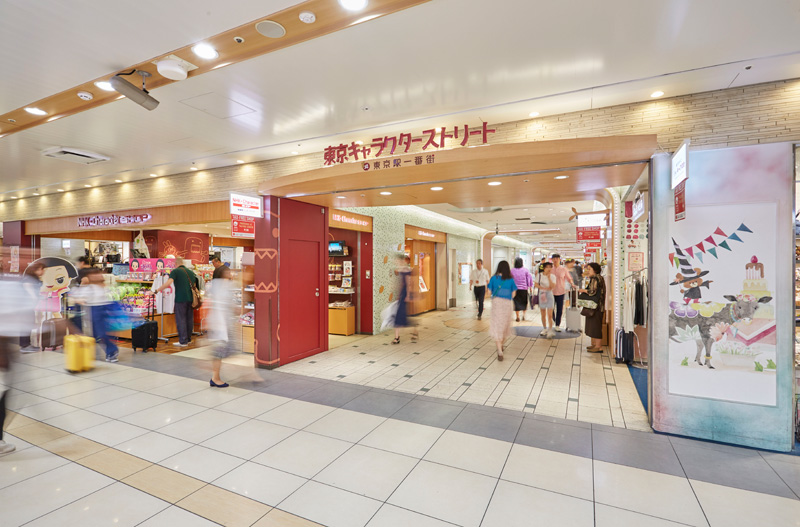 Tokyo Character Street is a popular zone in First Avenue Tokyo Station, where character shops that children and adults can enjoy gather. In addition to the permanent stores, there are also limited-time shops such as Ichiban Plaza and Wagon Shop.

Osaka / Minoh Kayano station square / station building / under-elevated store, aiming to be a facility that makes the most of the natural environment